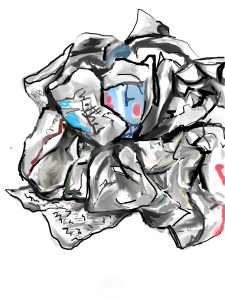 Every day a GP is disgraced, an MP exposed, a war hero remembered and then lost. Four voices pour through the pages of a newspaper, lost for something new to say.

Written, recorded and edited within the same week, this topical play captures the stories over the weekend of 16-17th of March 2013